Using GPS when phone has no mobile data and no wifi

Hi all – a basic question about having our commcare app capture GPS
coordinates.

– I am aiming to have our app capture GPS coordinates into a normal form
field. (at this point, I’m not looking into the more advanced method of
collecting it automatically without any interaction from the mobile worker.)

– I noticed that using my test phone, which has no SIM card in it, and
when I have turned off Wifi, then the GPS question in the form simply spins
a progress spinner graphic, and never secures any kind of coordinates after
several minutes of waiting.

– I have read domagi’s limitations of GPS sheet
at https://confluence.dimagi.com/display/commcarepublic/GPS+Limitations …
which makes it clear that often a tower (and I assume wifi) can really
provide an extra boost to the ability to get a reading. But naturally it
couldn’t give concrete info about my phone, etc.

– So, my basic question… even though my phone (a $120 samsung galaxy
core prime G360) says “GPS” as one of its features, is it pretty normal
that a phone like this could be totally blind to GPS if it has no mobile
data and no wifi signal? In other words, the “GPS” function of the phone
is not independent of those two data signal functions, and GPS isn’t usable
when the phone lacks both of those connections?

Thanks for your thoughts!
Eric

Just checked with a brand new Samsung Galaxy Core Prime. Just to make sure, the
model is SM-G360H.

I’ve opened the box, went through the initialization wizard, turned off WIFI as soon
as I could, set the location mode to “GPS only” and installed (offline) this GPS Test
tool : 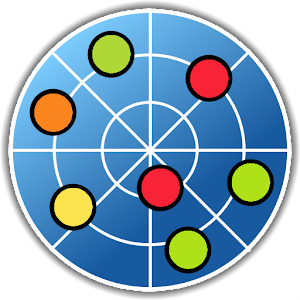 Check to GPS reception in your area, update AGPS data for faster fix times all this and other GPS and Sensor data read from your phone. Supports GPS, GLONASS, GALILEO, SBAS, BEIDOU and QZSS satellites.The app has several colour schemes, which could be used to match other instrumentation, used along side the app. It has a "night mode" colour scheme as well.If you like this app, please like GPS Test on Facebook: -http://www.facebook.com/gpstestGPS Test has six screens full of information: -1) GPS ...

Then went outside for a test. I’m located in the Northern area of Yangon, Myanmar.

It took less than a minute to see 10 satellites and less than two minutes to get a
reliable position from the GPS. No mobile network involved, no WIFI involved, only
GPS.

Have you tried with another phone ? Maybe the unit your using is defective ?

Hi Charles – You are right! Thanks for your post!

Mine was much slower than one minute… however, I realize that a key point
was: “Going outside.” I forgot that I am sitting inside my office. So I
put the phone by the window and some time later, with zero wifi and zero
mobile data, it did succeed in getting coordinates. Great!

– By the way, how did you determine the number of satellites seen? is that
fact in the android interface somewhere?

– In fact, of course, I hope that our phones will almost always have a
mobile signal, so this scenario should hopefully be rare. But happy to get
it answered!

– My model number appears to be 360HU, not just H… mine was purchased in
Thailand, maybe that’s the significance of that slight difference?

– By the way, how did you determine the number of satellites seen? is that
fact in the android interface somewhere?

Using the GPS test application mentioned in the previous message. I mainly use it
to troubleshoot GPS issues, and because it is extremely geeky, so it’s awesome by
definition.

– My model number appears to be 360HU, not just H… mine was purchased in
Thailand, maybe that’s the significance of that slight difference?

I have absolutely no idea what this extra “U” means…

Happy it works for you now. By the way I’ve been pretty impressed by the GPS
capabilities of this handset. It consistently gives me a quick, accurate position.

Aha – right, there is the full URL that you posted directly. Someday I’ll
learn to actually read… thanks much! --Eric